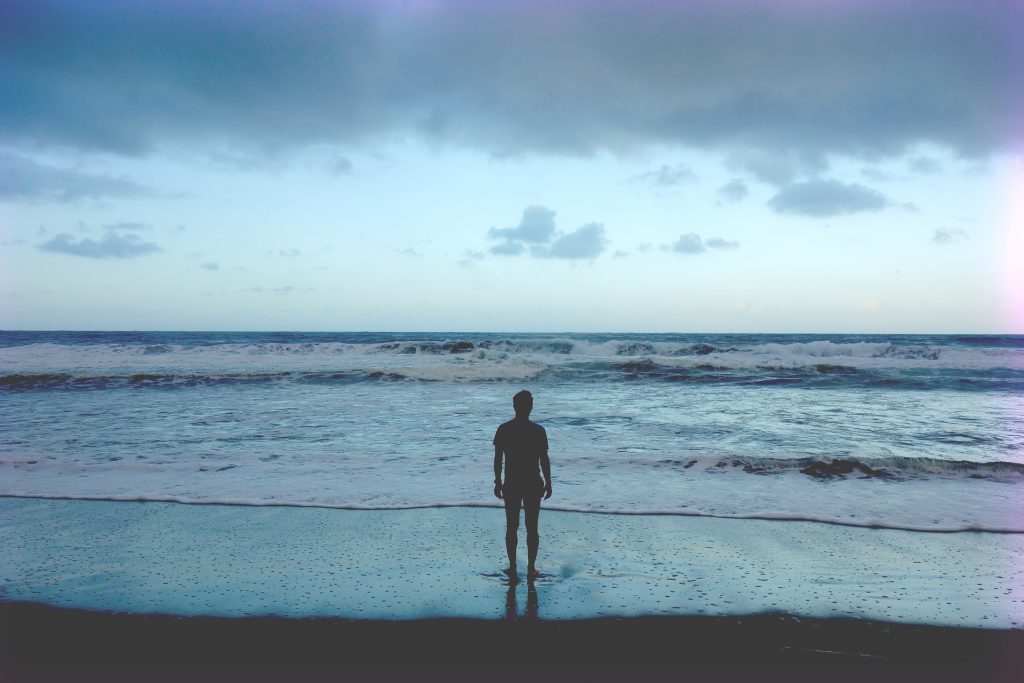 When philosophers speak of God, they often refer to Him as a maximally great being—a being which has all and only positive and affirmative characteristics and has those characteristics to the maximum degree. For example, suppose that existence is a property of God. It is better to exist than not to exist. But if God does exist, He must exist maximally—He must exist at every time and in every place. Suppose that God is knowledgeable; it is better to be knowledgeable than ignorant; therefore, God cannot be ignorant about anything, ever. In other words, He must know everything always. Now, we might ask the question, “does God have a mind?” The Bible says, yes (Psalm 110:4, Jeremiah 26:13, Exodus 32:12-14, 1 Samuel 15:29). What about emotions? Does God have emotions? Again, the Bible says, yes—lots of them (Anger in Psalm 7:11, Laughter in Psalm 37:13, Compassion in Psalm 135:14, Joy in Isaiah 62:5, etc.).

On the sixth day God created man in His own image; in God’s image created He him; male and female created He them. Humankind, therefore, is created as an image, as a reflection of God Himself. Predictably, as we demonstrated in Part 1, humans also have a mind and have emotions. But what precisely are these two things—mind and emotion?

The Bible reveals that the mind, as part of the soul, has two primary functions: thinking/meditating/imagining (Psalm 13:2) and remembering (Lamentations 3:20). The Holy Spirit inspired the authors of the Bible to use a number of Greek and Hebrew words to describe the functions of the mind, words that are translated as: deep thought, knowing, understanding, deliberating, pondering, etc. The Bible even recognizes that the mind engages in pattern recognition (1 Timothy 1:16 and 2 Timothy 1:13). In fact, in both of those passages, the Bible is clear that we can and do alter our behavior based upon patterns that we recognize. The imagination too is not only a function of the mind but a proper function of the mind. The imagination invents novel solutions and connects ideas in unique and original ways. However, thought and imagination can also be used in sinful ways. Fantasy is imagination turned toward vanity/self-gratification or sinful purposes. The mind too can be depraved (Romans 1:28) and think on the flesh (Romans 8:6). In both cases sin and death are the results.

Although the Bible regularly describes feelings of all kinds (joy, sadness, anger, etc.), the concept of “emotion” is always described in Scripture in physiological terms—typically associated with the part of the body at which an emotion is thought to be felt. In both Testaments, wherever the Bible intends to discuss “emotion,” it refers to an internal organ like kidneys (Job 16:13), heart (Job 19:27), bowels (Philippians 1:8), or liver (Lamentations 2:11). The concept of “emotion” in the Bible is never described in the same way that the mind is described—as a literal (or at least conceptual) object that exists unto itself. This is not to say that emotions do not exist; in fact, emotions play an enormous role in the Bible, but we are wise to consider that emotions in the Bible appear to have a deep integration with physiological sensations of discomfort, comfort, or pleasure in the human body. [Source] This is not only true in Hebrew and Greek, but is also true in English. The word “emotion” did not exist in English before the 17th century and was borrowed from the French concept of agitations, bodily movements, or commotions. Prior to the 17th century, emotions were described as passions or desires. [Source]

Given many of the recent scientific discoveries related to emotions, the Biblical connection between emotion and physiology seems appropriate. In spite of the fact that scientists still have no agreed-upon definition of what “emotion” is, scientists broadly agree that emotions act as a response system to cognitive content (thoughts), help activate or inhibit actions, and provide a feedback mechanism for reevaluating thinking. [Source]

Broadly speaking, it appears that these findings tend to agree with Biblical descriptions of “emotion.” The Bible paints the picture for the proper relationship between mind and emotions.

As it relates to the nature of the human being, one of the most contagious and damaging intellectual viruses affecting Christianity today is the pop-psychological view that mind and emotions exist on two ends of a continuum. The theory suggests that the world is made up of heady, left-brained people on one side and feely, right brained people on the other; some people, it is thought, are more heady feelers and some are more feely headers, but everyone exists on a continuum between mind and emotion. Not only does this idea not bear out in scientific inquiry, but it does not appear in the Bible at all. In fact, on this point both science and the Bible agree: thought-content and emotional-content are so intimately tied together that only in extreme forms of mental dysfunction can a separation be observed.

For example, healthy humans do not start laughing hysterically without thought-content present. We might not know what someone else’s thought-content is, but some thought-content is present. Similarly, healthy humans do not think thoughts without experiencing emotions. Even completely trivial thought-content like, 2+2=4, carries subtle emotional-content—in this case the emotion of satisfaction. People who experience strong emotional-content divorced from intellectual content usually suffer from one of several dissociative disorders. Rather, thoughts and emotions—if they are truly distinct—are intrinsically connected in a tight cyclical dependency. Thoughts cause emotions, then those emotions cause thoughts, and around it goes in an introspective loop.

Indeed, the Bible paints the picture of the proper procession of stimulus through the human being. Since we are called to Christlikeness, we are blessed that the life of Jesus provides a treasure trove of evidence for us to consider.

For example, consider this short passage in which Jesus learns that John the Baptist has been killed: Matthew 14:13-14,

“Now when Jesus heard about John, He withdrew from there in a boat to a secluded place by Himself; and when the people heard of this, they followed Him on foot from the cities. When He went ashore, He saw a large crowd, and felt compassion for them and healed their sick.”

Twice in this short passage the Bible tells us the proper flow of thoughts and emotions. Did Jesus just feel sad for no reason and secluded himself? No, first he heard that John had died. Then his mind comprehended the words. Then he was saddened. Again, when Jesus went ashore, he saw the crowds with his eyes, understood what he saw with his mind, then he had an emotional response.

We could continue with many examples of this pattern repeated in the life of Jesus alone, but in every circumstance the situation is the same. Jesus received information from the senses or the Spirit, processed that information with the mind, and then had an emotional response. In fact, a close analysis of the passage above actually reveals yet more important information. When Jesus landed on shore, he saw the crowds (sensory input), he processed the sensory input (mind), he felt compassion (emotions), then it is reasonable to assume that Jesus processed his compassionate feelings and prayed to the Father or constructed a course of action or both (mind), found satisfaction with that course of action (emotion), and then acted (will).

In the final analysis, however, if the mind is not renewed and yet every thought has emotional-content (albeit sometimes subtle), neither the mind nor the emotions are reliable. The mind could be poorly trained at thinking and derive conclusions that are erroneous. Then our emotions—which because of their reactionary nature, enjoy a kind of authenticity—might seem valid and right. Think of how many hurts result from authentic emotions based upon erroneous thinking. Nowhere in the Bible are we told to take every emotion captive to the Word and/or Holy Spirit but every thought. We will return to this point in Part 4. In Part 3, however, we turn our attention to the role of the will and conscience.