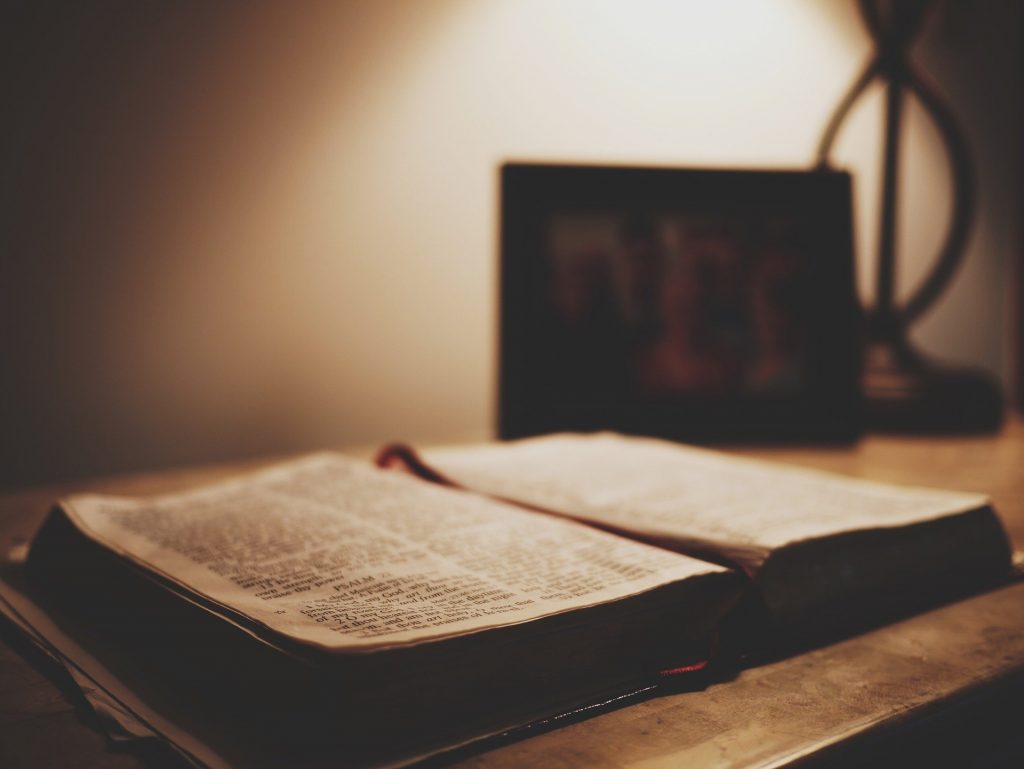 What is the Bible?

The Bible is God’s Word penned by forty different authors under the inspiration and direction of the Holy Spirit. These authors wrote the sixty-six separate books, which when taken as a whole have an established and verifiable veracity and historicity. The Bible is the key to discovering the nature of God:

His Character: the personhood of God
His Attributes: the descriptive action of God based on our personal choices.
His Will: determination or persistence of God

In short, the Bible is a book detailing who and what God is and what His will is.

The Bible is the only way to know God in an objective way rather than subjective, or relative way.

[Subjective: based on a person’s opinion. Relative way based on circumstances. Objective: something is true for people of all cultures, times, etc., even if they do not know it or recognize it to be true.]

There are other books which are certainly fine to read and study, but they must line up with the Bible; however, these other books will not suffice, in and of themselves, to tell us truths about God in an objective sense. The Bible though requires no supplemental books to reveal the objective truth of God.

The statement, “the Bible though requires no supplemental books”, is based on the idea or concept of supremacy:

“the state or condition of being superior to all others in authority, power, or status.”

Suppose there are two islands with one person on each island. The person on the first island has only the Bible to read. Written by men inspired by the Holy Spirit, the Bible will lead this person to the knowledge of God, His character, and His attributes. The Bible would reveal the objective truths. The Bible would point the way to Jesus as savior, redeemer, and so on; the Bible would do this on its own.

The person on the other island has a thousand Christian books; however, for this person these books would reveal only what the various authors thought about God’s character and attributes. These books would reveal subjective or relative truths based on personal experience or bias. They certainly could, though not necessarily, point the way to Jesus as savior and redeemer but could also add or leave out other requirements or conditions as well.

However, neither the Bible nor these other books will necessarily, though both could, lead the person to accept Jesus as their Lord and Savior.

How often should we read the Bible?

Our attitude toward the Bible

If asked, most Christians would probably say the Bible is necessary and valuable and would probably all agree the Bible is one of the two most important tools available for Christian living (the other being prayer). Something else Christians can agree on is the common desire to know God: what He is saying to us, what He wants us to do, and what His will is.

. . . Both practicing Catholics (50%) and Protestants (40%) are more inclined to believe the Bible is the inspired Word of God with some symbolism, but practicing Protestants are also more likely than average to consider the Bible to be the actual, literal Word of God (41%).1

Next, we read from a study pertaining to Protestants and the Reformation beliefs of salvation through faith alone (Sola fide) and Scripture alone (Sola Scriptura). We can see how Protestants are now moving back toward the Catholic beliefs of salvation by faith and works and also the Bible plus a reliance on official church teaching and tradition, rather than a reliance on the Bible alone for instruction and teaching.

For example, nearly half of U.S. Protestants today (46%) say faith alone is needed to attain salvation (a belief held by Protestant reformers in the 16th century, known in Latin as sola fide). But about half (52%) say both good deeds and faith are needed to get into heaven, a historically Catholic belief.

U.S. Protestants also are split on another issue that played a key role in the Reformation: 46% say the Bible is the sole source of religious authority for Christians – a traditionally Protestant belief known as sola scriptura. Meanwhile, 52% say Christians should look both to the Bible and to the church’s official teachings and tradition for guidance, the position held by the Catholic Church during the time of the Reformation and today.

This belief contradicts 1 John 2:27 and is a dangerous move toward blind faith in church position and doctrine. To live the Christian life there must be a progression: a move away from a mere desire to or thought about reading the Bible are enough, toward the belief that the Bible not being a part of the Christian’s daily life is unimaginable, then to a resolve that the Bible is the actual, literal Word of God, and finally, a commitment to the practice of reading and obeying the Bible in light of its supremacy above all else.

What is the point of studying the Bible?

In this sense it would mean studying the Bible in an academic way or using the Bible as a research tool. Neither of these definitions address any relational aspect; rather, they illustrate a time commitment and a method of approach used to study the Bible.

Those who study the Bible do so using two primary methods. The first is deductive; this method of study is the top down approach: moving from theory or premise, to hypotheses, to observations, and then to confirmation. Premise leads to conclusion.

The other method of study is inductive. Inductive is a bottom up approach, one where the practitioner moves from observation, to interpretation, and finally to drawing a conclusion which is applied to the Christian life.

Study and meditate are both used in the Bible. Meditate is used 14 times in the KJV. Study is used 3 times; only once does it mean or convey the idea of meditating on God’s word.

Meditate, as defined by Merriam Webster, is: “to think deeply or focus one’s mind for a period of time, in silence or with the aid of chanting, for religious or spiritual purposes or as a method of relaxation.”

Meditate, as defined in the Bible, is: “to speak, to talk, to study, to ponder, to consider, to attend carefully, to bow down, to pray.”

Meditate, defined biblically, conveys a relational aspect missing from the dictionary definition of study which has as its goal head knowledge. Contrary to study, meditate implies much more. Meditate includes study along with conversation—time given to investigation, thinking, prayer, and submission. The answer to the question, “What is the point of studying the Bible?” largely depends on us and what we want from the Bible.

What does this mean? Simply that—expectancy and curiosity. When we read the Bible, we must approach each verse or section of Scripture with an innocence, leaving behind our theological or doctrinal viewpoints, removing what a pastor or an author has said or taught the verse means, and removing the our preconceived ideas or meaning as to what is being read. Too often we, as Christians, sit in church or read a book then take what we have learned as truth and apply it to our lives. Aristotle said, “It is the mark of an educated mind to be able to entertain a thought without accepting it,” and so our attitude ought to be to entertain the ideas but do not hold fast to them until tested.

Christian Living requires the Bible be read with none of these preconceptions; instead we read the Bible with a curiosity about what it says and with the expectation or strong belief that God will reveal Himself and/or provide instruction, as opposed to merely hoping or wishing for this to occur.

One of the most important takeaways from the Daniel series could have been the realization that the Bible is not mysterious (something mystical containing unknowable secrets or inscrutable truths which cannot be revealed). Rather, the Bible contains mysteries which have answers. The Bible is multi-layered; it can contain (and often does contain) many meanings in a single verse, section, or chapter. The Bible is also searchable and knowable if we will take the time to read, meditate, and then prayerfully ask what it means.

But what if we have no desire to read the Bible, much less to read it with a sense of expectancy or curiosity?

How does studying the word of God move to the revelation of God’s word and a life changed?

Study and research only lead to head knowledge and to being intelligent about the Bible; therefore, something else must be required. As it turns out, the key to revealing the truths which will change us comes from the Holy Spirit (John 14:26 and 1 Corinthians 2:11-16).

How does the Bible affect change in our . . .

Meditate, as defined biblically, is interesting because its meaning encompasses the mind, emotions, will, and conscience as we study, think, talk to God, listen, and then positionally (this could be figuratively or literally) bow in submission to His authority in prayer. Some examples of this are:

1 John 2:27, “But the anointing that you received from him abides in you, and you have no need that anyone should teach you. But as his anointing teaches you about everything, and is true, and is no lie—just as it has taught you, abide in him.”

If your desire is to discover who God is,

You need a Bible, a dictionary, a concordance, and journal to write in.