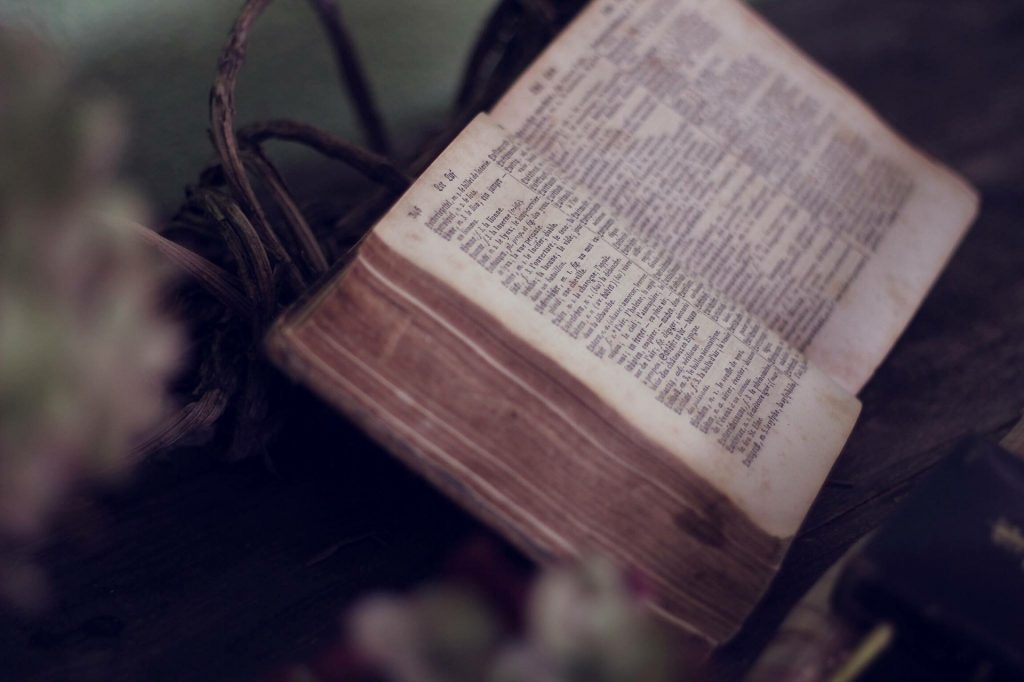 Is the Bible the Literal Word of God?

“You don’t really believe the Bible is the literal word of God do you?” This is a common refrain Bible-believing Christians hear, usually from the unsaved but increasingly from those even inside the church community: pastors, seminary teachers, and laypeople alike. Generally speaking, phrases like these are used as a bludgeon to quash conversation about the hard-to-understand aspects of the Bible or to silence debate altogether. This type of question can also be used as an attempt to shift the burden of proof—making a claim about something in the Bible and insist that we must disprove their claim rather than providing evidence to support their assertion themselves. The burden though falls on the person making the claim, but we will, for the sake of the article, play along.

Take the six-day creation; they ask if we believe that the Bible is the literal word of God even though this interpretation seems to disagree with their understanding of science. Fair enough. Implied in their question, however, is a rigidity by which we must interpret the scripture—a day must be 24 hours; it leaves no room for the possibility of nuance and is devoid of the knowledge that ‘day’ can be interpreted a number of ways. ‘Yowm’ the Hebrew word for ‘day’ can mean a twenty-four hour day, day as opposed to night, or a period of time of indeterminate length to name a few.

Another example, to stick with Genesis and creation, is that after the six-day creation the Bible says, “God rested.” Upon reading this the skeptic will often ask, “Why? Was God tired?” Again a literal interpretation would seem to suggest this. Once again this question implies a rigidity about what ‘rest’ must mean while conveniently ignoring what the word can mean.

We could go through the entire Bible verse by verse, picking out images and phrases all day long (is Jesus a literal door: John 10:7; or literal bread: John 6:48, does He stand at a literal door and knock: Revelation 3:20), but it boils down to one term—hermeneutics: concerning systems of interpretation, especially of the Bible or literary texts. In this case it boils down to their lack of any discernible hermeneutic.

At Theology Think Tank, our belief that the Bible is the literal word of God is not the same as saying that we take everything in the Bible literally, which is what most skeptics are implying. We believe it contains metaphor, poetry, allegory, and parable; but when we say that it is the literal word of God, this has more to do with our claim of its supremacy, inerrancy, infallibility, historicity, and veracity than the belief that everything in it must be taken literally;  let’s examine this idea in light of our example from Genesis 1 above.

While the meaning to the word ‘yowm’ can be debated, what we will not debate is whether or not God created. He literally created the heavens, the earth, and everything in them out of nothing. The Bible bears this out not only in Genesis but also in John 1:3, Romans 1:20, Jeremiah 32:17, Romans 11:36, Amos 9:6, Colossians 1:16, 2 Peter 3:5, and elsewhere.

Why won’t we entertain the possibility that the creation account is a metaphor as opposed to a literal act of God? Because the Bible attests to God’s act of creation throughout the Bible and in multiple literary genres, including nonpoetic language. We are, however, open to the idea that the creation story in Genesis 1 has layers of meaning, some of which are metaphorical. For Genesis 1 be purely metaphorical it must be a metaphor for something. But what? Very few Bible skeptics offer credible explanations of the object of the supposed metaphor, relying mostly upon hand-waving.

What of the claim that some of the accounts in the Bible are based on myths (creation, the worldwide flood, Jesus, and so on)? Here again, we will stick with Genesis and the creation account to see how a non-literal view impacts the rest of the Bible if Adam and Eve are a myth:

You can see how the Bible when taken as myth, unravels very quickly; where does it stop and by what criteria can judge Biblical fact from Biblical fiction? Put a different way, at what point do we place our finger in Genesis and say with confidence, “This is where the Bible turns from myth and legend, from nice stories to something factual and real”? At what point can we say anything in the Bible is real if creation and Adam and Eve aren’t the literal first people? Is the flood literal; is the Exodus literal; are David, Solomon, Jonah, Job, or Jesus literal; are the death, burial, and resurrection of Jesus literal; are heaven, hell, and salvation literal? These are all questions for which the Christian who claims that the Bible is not the literal word of God must have answers.

Undoubtedly, it is this view, that the Bible is just a good book, which has led to what we see today in the church and social media. The Bible has become a theological pop-cultural meme-driven candy store from which verses are ripped out of context by Christians and non-Christians alike—promoting the love of God as wholly warm-and-fuzzy but devoid of His justice and holiness, promising health and wealth unconditionally, and applying  haphazardly to anyone and everyone in any situation these beliefs without any attempt to understand or even care about the hermeneutic. In short, they pick and choose, glomming onto the “good stuff” in the Bible (heaven, salvation, blessing, healing, etc.) and declaring these things to be literal, but the rest. . . well, that’s debatable—it may be what He said but it’s not what He literally meant. In so doing, they set themselves as the arbiters of truth and make themselves out to be like the Most High.

In conclusion, while the question is loaded and, as we have seen, problems abound, I do believe Christians should ask it of themselves: You don’t really believe the Bible is the literal word of God do you? The answer may surprise you.