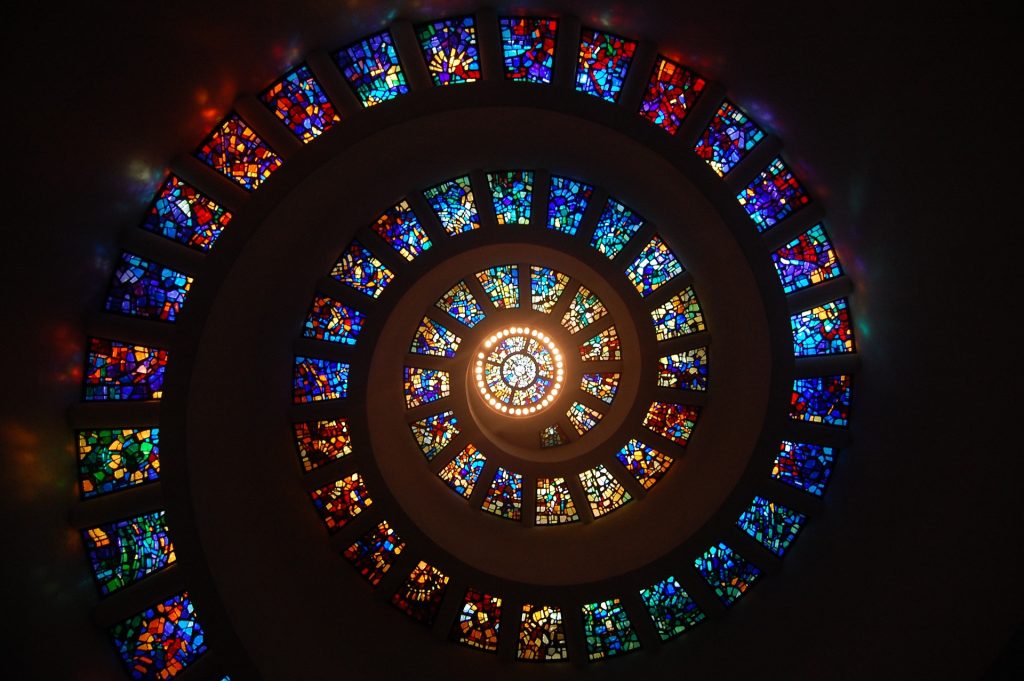 Can Spirituality Be Detached From A Practice?

[The contributors of the book] all agree that the next move of God will cause a shift at the deepest level of who we are—perhaps the very “vibrational level” that the New Age movement has been exploring. They also all agree that there are precious truths hidden in the New Age that belong to us as Christians and need to be extracted from the worthless.– Ellyn Davis, co-author (along with Bill Johnson, Beni Johnson, Bob Jones, Jonathan Welton, Ray Hughes, Dan McCollam, Cal Pierce, Larry Randolph, and David Van Koevering) of The Physics of Heaven

We need to begin to use [New Age] counterfeits as signposts. Every time a counterfeit shows up, take it as the Lord presenting you with an opportunity to reclaim . . . the Church’s stolen property. – Physics of Heaven contributor Jonathan Welton

Much like how Paul said Christians can eat meat sacrificed and offered to idols it is possible to detach occult/pagan spirituality from a practice or belief and use the practice in liberty. True or false?

The only discussion which really matters going forward is explaining how this detachment would be accomplished, and the response I hear most often is that the practice has been Christianized—made holy or sacred. This explanation though fails to address how this takes place unless of course the process is a simple matter of putting Christian, Sacred, Holy, or Jesus in front of the name of the particular practice or to say that a particular practice was stolen from the church. These would include but not be limited to yoga, mysticism, relics, destiny cards, spiritual formation, mindfulness, spirit guides, contemplative prayer, trances, auras, enneagram, etc.

At Theology Think Tank we refer to this as ‘Filling the Jesus Mug’: the process by which any practice or belief poured into the Jesus Mug is magically freed of its pagan history (because it has been reclaimed and renamed) or spirituality (because God can use anything) and is thereby sanctified into an acceptable Christian ideology from which we can now freely drink.

Does this work though? Most commonly used in defense of this idea are the two passages from 1 Corinthians 8 and 1 Corinthians 10. A partial reading suggests that meat offered to idols as being okay for the Christian to partake of, so I guess we can stop here. Thanks for reading. If only it were that simple, but it isn’t. There are some interesting points, if we read a bit further in the passages, that we need to discuss but which are frequently ignored.

The first is that the food being eaten by the Christian in 1 Cor 8 and 1 Cor 10 is not a tool they used for Christian growth, but rather is simply food. Now perhaps someone might like to say that some of the practices they wish to partake in are food as well but are spiritual food rather than physical food.  The implications of this will be discussed shortly.

Second is the issue of becoming a stumbling block (1 Cor 8:9-13). Let’s say you could somehow convince yourself that the first objection is irrelevant, that you believe Paul is referring to both physical and spiritual food, in short that Paul is using a metaphor. What is clearly not metaphorical is Paul’s warning that you not cause a fellow brother or sister to stumble. This warning against being a stumbling block would also seem to indicate that while it may be permissible for you to partake in your spiritual practice (or spiritual food, if you like) that there are limitations set upon you, and you shouldn’t widely or openly teach or promote whatever it is you are doing.

This brings us to the third and the hardest objection to get past, especially if you believe what is being referred to is both physical and spiritual food; the challenge facing you stems from what Paul wrote in 1 Corinthians 10:19-21,

So I challenge you to look into the history of what is being promoted. For instance, the book, The Physics of Heaven, states that certain practices which it claims have been stolen from the church need to be reclaimed; these include: the use of spirit guides, trances, meditation, auras, power objects, clairvoyance, clairaudience. Other examples I can name would be the use of yoga, contemplative prayer, astral projection, and destiny cards, quite frankly anything ‘new’ or ‘reclaimed’ you are being taught. Oh, you can try to justify them, you can claim all manner of experiential evidences; you can say it makes you closer to God; you can say that the practice was stolen;  you can, in fact, claim just about anything you wish, but can you honestly claim it is acceptable to God, that it doesn’t violate scripture:

When you enter the land which the LORD your God gives you, you shall not learn to imitate the detestable things of those nations. “There shall not be found among you anyone who makes his son or his daughter pass through the fire, one who uses divination, one who practices witchcraft, or one who interprets omens, or a sorcerer, or one who casts a spell, or a medium, or a spiritist, or one who calls up the dead. For whoever does these things is detestable to the LORD; and because of these detestable things the LORD your God will drive them out before you. “You shall be blameless before the LORD your God. “For those nations, which you shall dispossess, listen to those who practice witchcraft and to diviners, but as for you, the LORD your God has not allowed you to do so. – Deuteronomy 18:9-14

The greatest hindrances to discernment are complacency and trust. Too often all the permission we need is a pastor who claims a truth from the pulpit. We forget that the pastor isn’t so different from us, that he too has his own blind spots or has adopted something because he has been deceived or misled, and often times he has no greater discernment or insight we do. It is the sad state of the church in which we now live that our excuse is often, “Pastor said . . .” The problem with this is twofold. First, this is unfair to the pastor, making him a scapegoat when things go badly (though biblically he is held to quite a high standard and will have to answer for what he taught); secondly, within this belief or statement that, ”Pastor said . . .“ there seems to be a built in excuse we try to use to absolve ourselves of our responsibility to test everything.

I’m a firm believer in the Russian proverb, “Trust, but verify,” and so I don’t believe it can be stated strongly enough that we need to stop trusting and accepting whole-cloth what our friends, spouses, teachers, pastors, and yes, even bloggers tell us is good food to eat and instead begin to look for ourselves at the food. Of this food we need to be asking, “what are the origins, teachings, processes, and goals?” Doing this―doubting our peers, questioning what we’ve been taught, and doing our own research—will help us be able to discern and recognize these practices for what they are and hopefully to reach the conclusion that these practices (food if you like) which have pagan origins are not acceptable to God no matter how many times they are poured into the Jesus Mug.

One last point, in order to know what is acceptable to God requires us to do more than research via the internet, it requires we know what the Bible says about all kinds of topics: how to pray, what to pray for, how to grow as Christians into Christlikeness, how to worship, how to test things, how are we justified and sanctified, and so on. It is important to know because to simply say something is bad without providing something to replace that bad thing with helps no one. So if you come to the conclusion that your ‘food’ is ‘meat sacrificed to idols’ then the best thing to do is to replace it with the Bible. Read it often and compare everything you are taught to what the Bible says, making sure that even a biblical practice is being taught in a biblical context. For instance, prayer is without question rooted and grounded in scripture but when you add as necessity the mystical contemplative aspect to it then even prayer becomes something else entirely.

In the end though the choice is yours and you will need to decide if the food sacrificed to idols is a worthy offering to God, justification and equivocation aside.